Flakstad is the only island in Lofoten where almost everyone lives on the north coast, facing the Norwegian Sea. And it’s here you find the charming Flakstad Church, a little red building with an “onion” dome, the second oldest church on the islands. Legend has it that the original church was built from driftwood that washed up on a nearby beach. You pass this beach and, shortly afterwards another, Rambergstranda, a 1.3 kilometre (0.8 mile) long white sand beach. Next stop is the Blacksmith and Fisheries Museum in Sund. Founded by local smith Hans Gjertsen, his student Tor will demonstrate the blacksmith’s craft as it was practiced in the early 20th century. He still produces Hans’s trademark cormorants, amongst other pieces. Carefully maintained vintage motors provide a rhythmic soundtrack as you look through the museum’s varied collection of objects, featuring everything from boats to household utensils. There is a cosy wood-interior café on the dock right next to the blacksmith’s workshop. The picturesque village of Nusfjord is your last stop. This open air museum is one of three places selected for the European Architectural Heritage Year in 1975. The drive back to Leknes passes the same remarkable scenery: the imposing mountain peaks of the neighbouring island, almost tropical beaches, lush green fields, and the traditional colours of the charming houses. 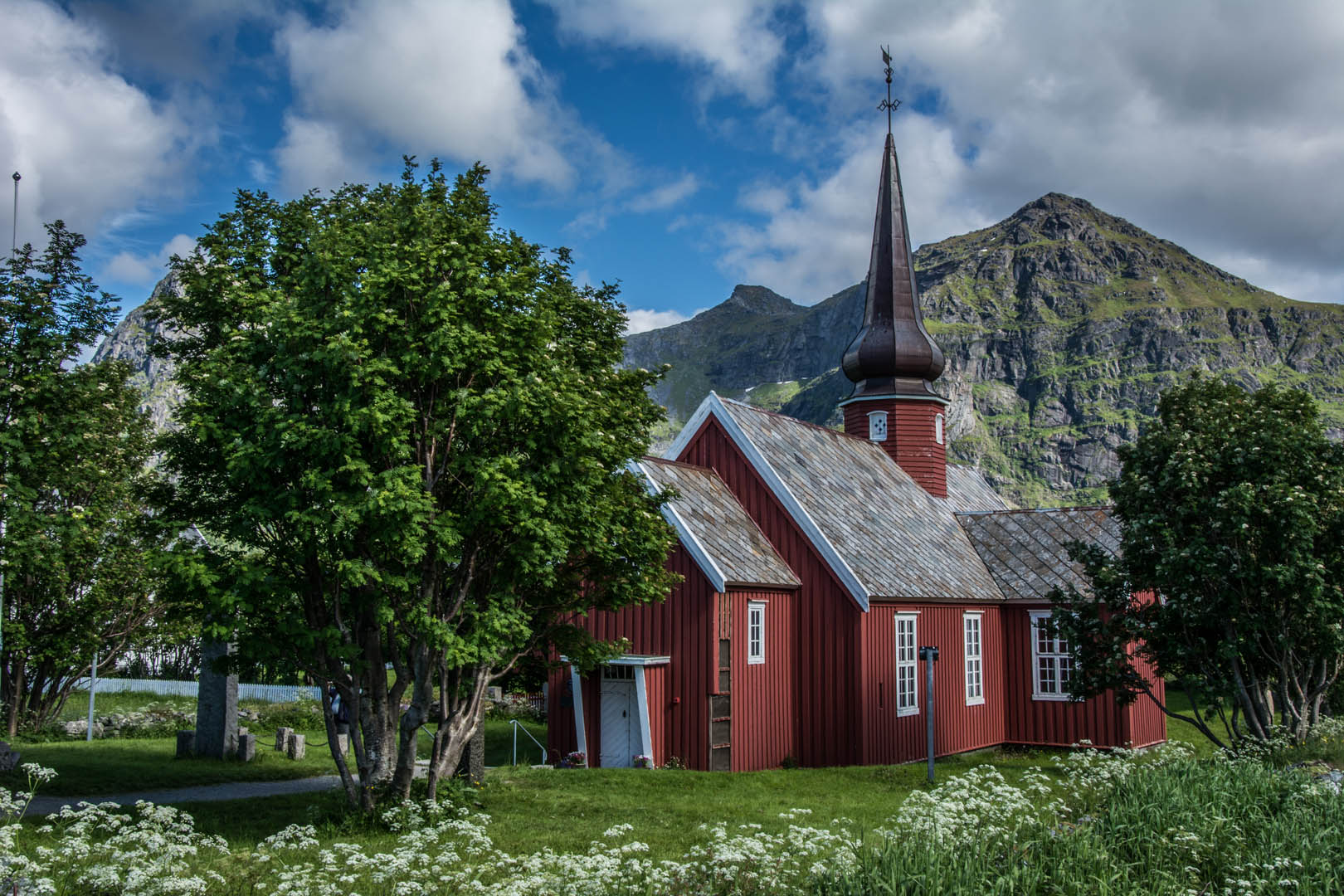 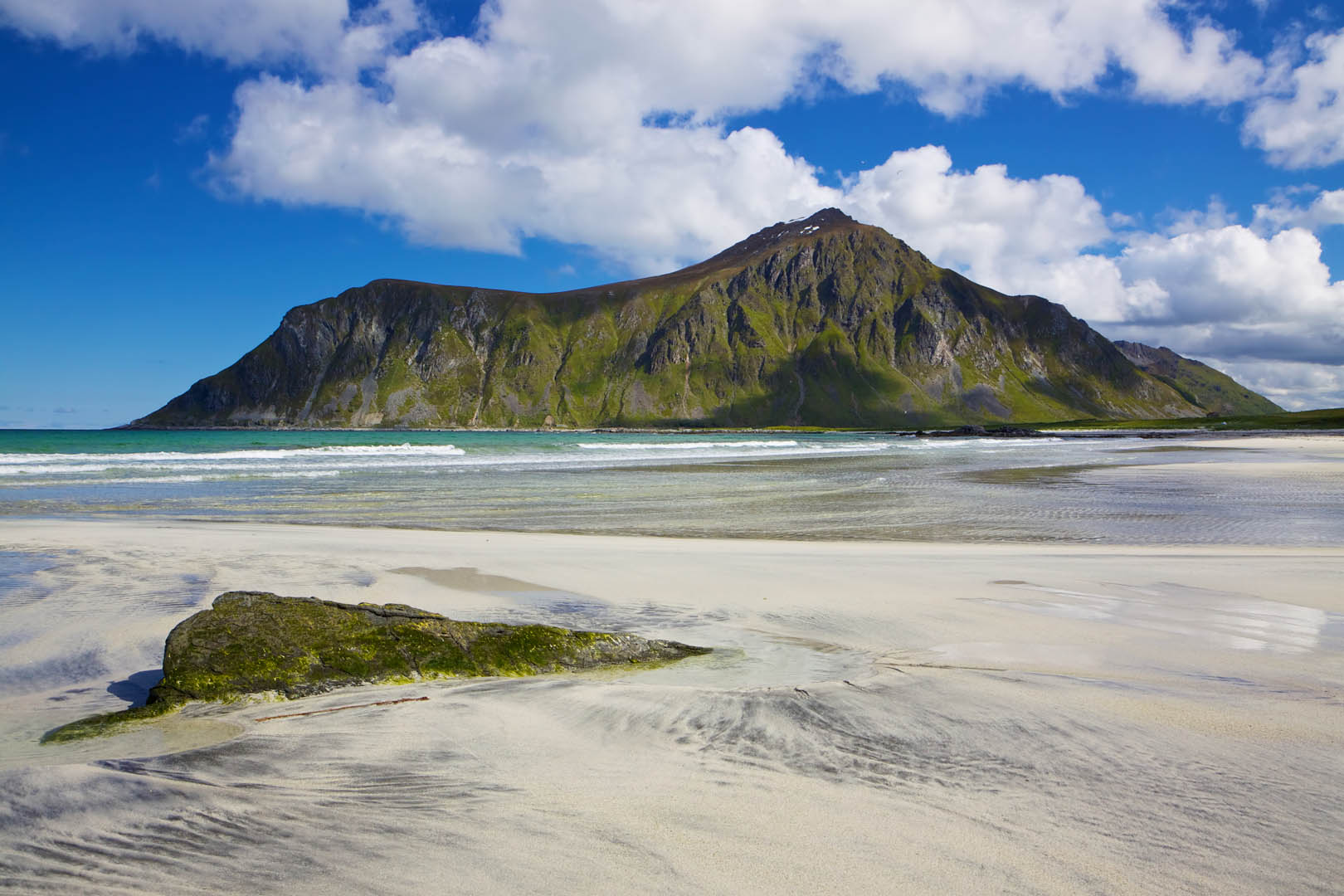 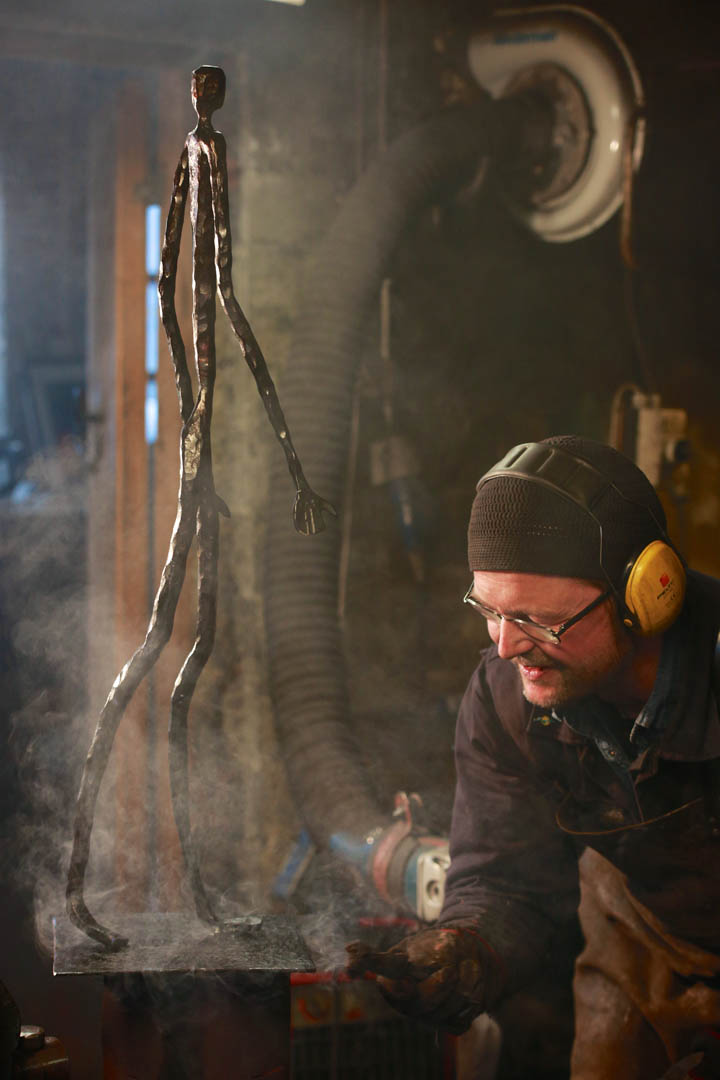