This southbound tour takes in three of Lofoten’s main islands. The mountains are always on the horizon, but the landscape gradually changes from rugged coastline to lush farmland before you arrive at the breathtaking panoramic view above the village of Unstad on the island of Vestvågøy. This small farming village is nestled among green fields in a classic, U-shaped glacial valley, with the Norwegian Sea stretching to the horizon beyond. The mountains become more jagged and dramatic the further south you go. The next stop is Nusfjord, Norway’s oldest and best-preserved fishing village. Built around a little harbour with a viewpoint above a colony of kittiwakes at one end, this idyllic village is today an open-air museum, where the historic buildings are the museum displays. The village shop, dating back to 1907, not only sells everyday groceries, but also souvenirs. Returning to the island where you began, you visit the charming village of Henningsvær. Most of our fishing villages lie in the shelter of surrounding mountains. Henningsvær is unique in that it is surrounded by the sea. As is usual, the harbour is the heart of the village, and the view from the foot of the harbour, with the mountain Vågakallen as a backdrop, is much sought-after by photographers. The road from Henningsvær passes between impressive mountains on the one side and scattered islets on the other, before returning you to Svolvær. 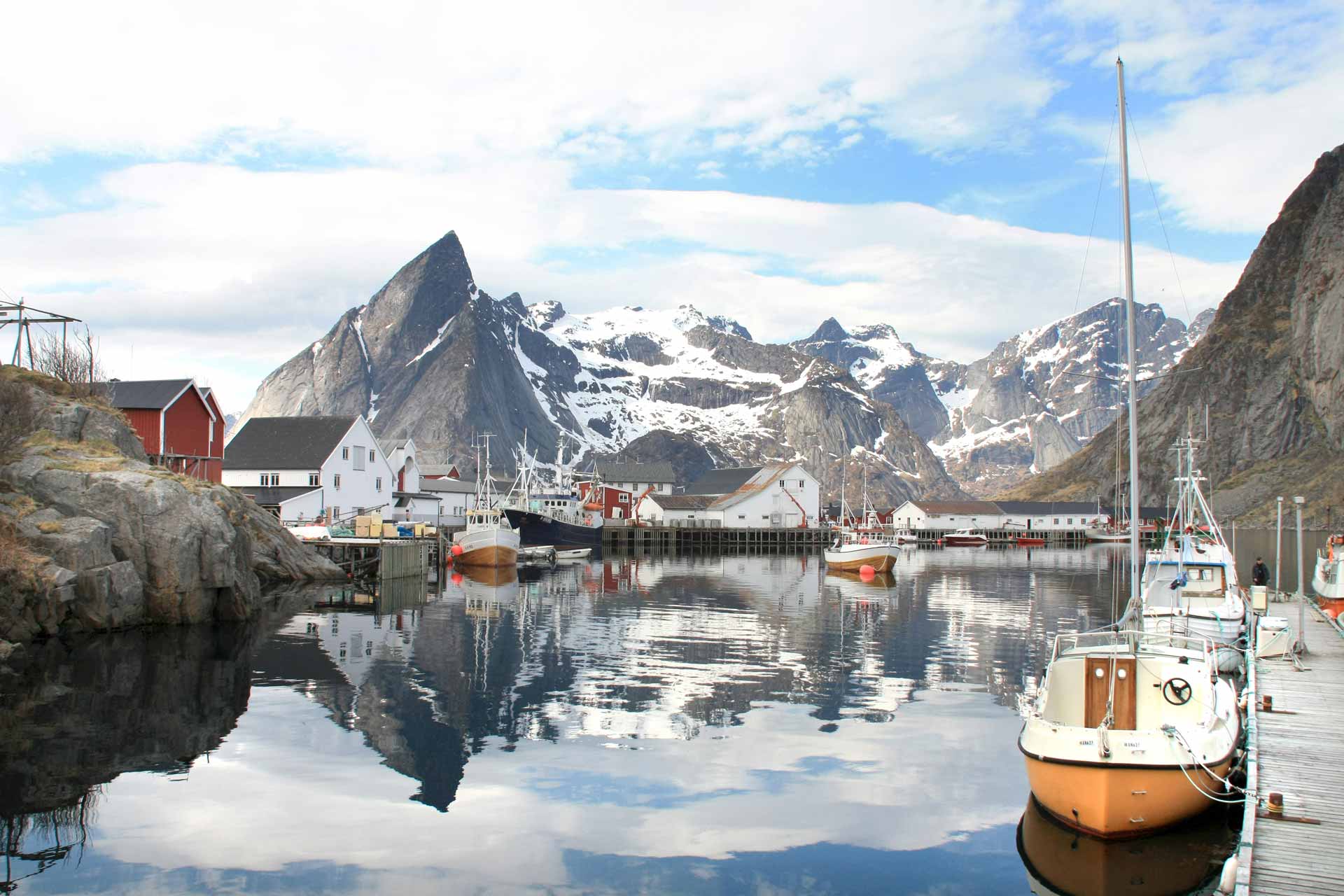 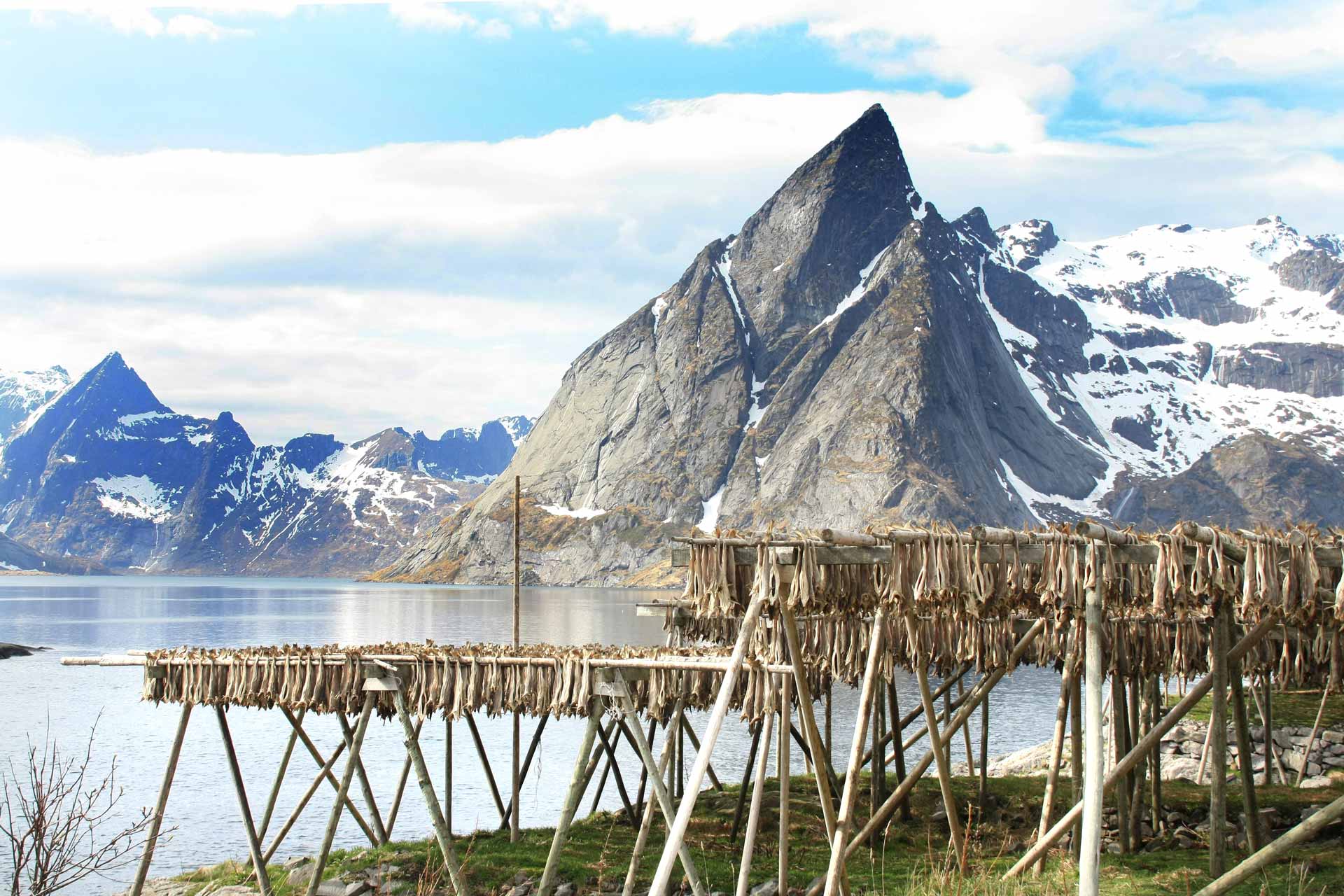 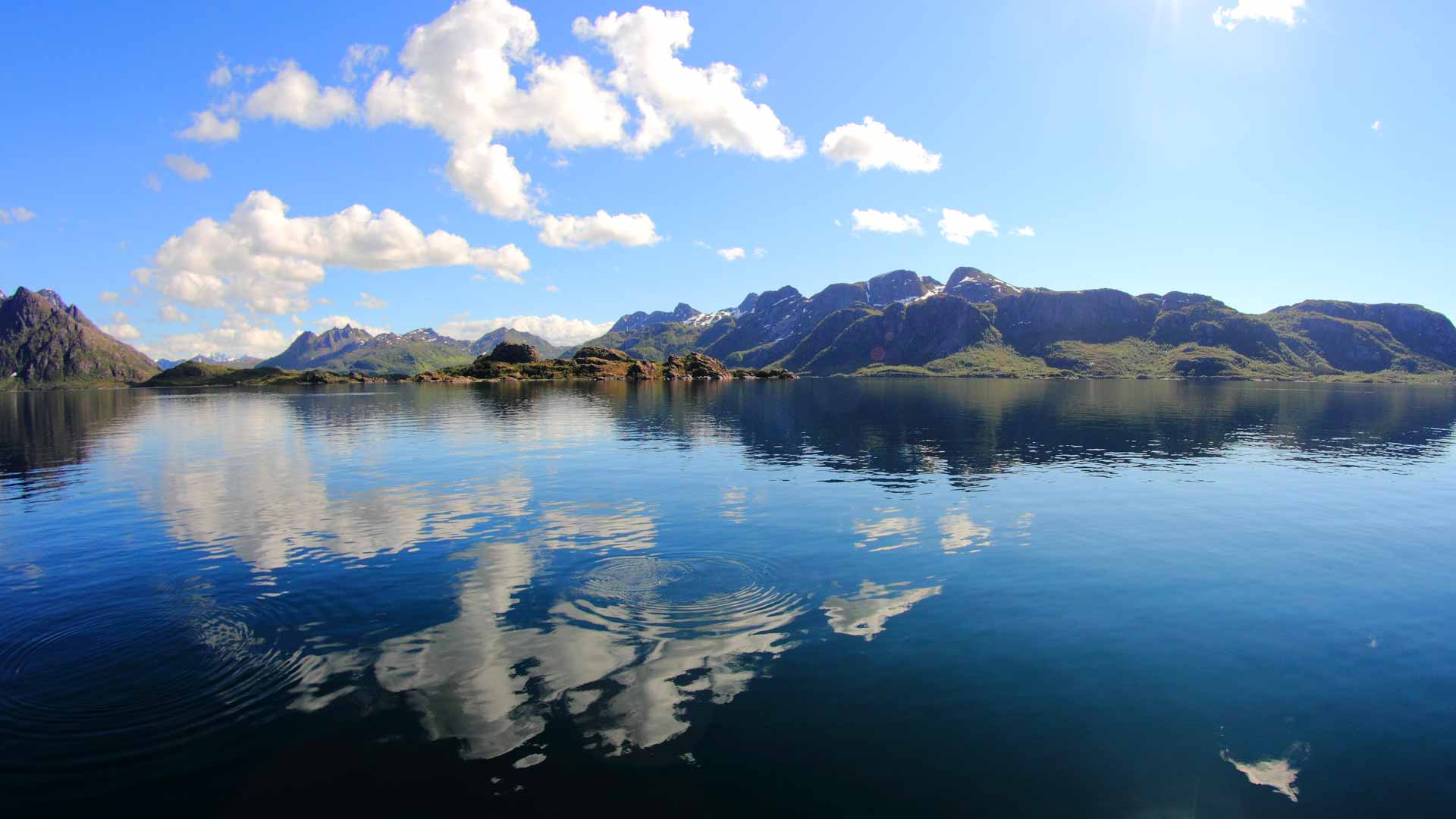 On the Trail of the Northern Lights
Learn More
Meeting the Past, Enjoying the Present
Learn More
Lofoten Fishing Villages, Then and Now
Learn More
Contact